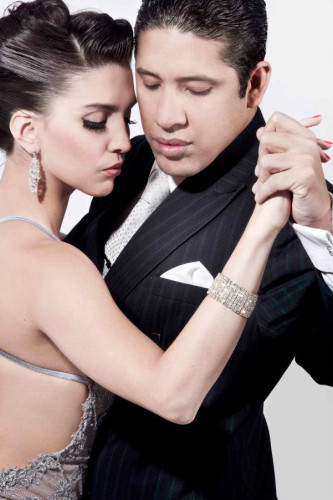 Magdalena started her artistic career at the National School of Dance and then she performed in the most well-known tango shows (Tango Fire, Tangox2, Forever Tango, Solo Tango, and Tango Libertad), as well as in Esquina Carlos Gardel and Tango Porteño.

They both together started performing in 2011 at the big milongas in Buenos Aires, such as Sunderland, Salón Canning, La Baldosa, Porteño and Bailarín. They are part of the “Tango Viaje al Sentimiento” company, which performs at the most important Brazilian theaters. In 2012, they toured around Europe teaching tango lessons and performing in European milongas, in countries such as Italy, Germany, France, Portugal, Holland, and Spain. Nowadays, they continue performing, teaching tango lessons and preparing their tours.