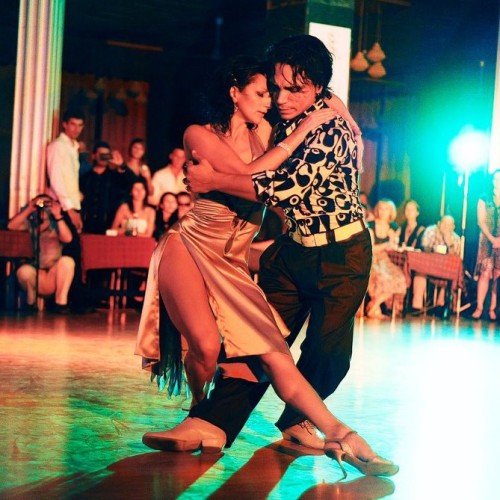 We are very happy to be able to welcome Moira Castellano and Gastón Torelli at the International Tangofestival Berlin. As a tango couple, they combine the right balance between the traditional tango essence and the current aesthetic modernity. With extensive training in dance, Moira Castellano is one of the dancers that best reflects the communion between the language of movement and the traditional tango. She lived in Paris from 2000 to 2006 and has a long trajectory as a dancer and choreographer. She has taken part in several companies and shows in many European countries, playing a mayor role in the boom and the teaching of tango. Gastón Torelli combines temperament and sensibility, which has taken him to be one of the most prestigious tango dancers of the moment. He displays a huge ability to interpret, no only in improvisation but also on stage. He took part in shows such as ‘Madero Tango’, ‘Tanguera’ and in the dance company ‘No bailarás’. He directed the Studio ‘Tango Brujo’, one of the most prestigious of Buenos Aires, since it opened in 2004 until the end of 2008. Together they travel the International tango circuit, convened constantly from Europe, Asia, United States and Canada.